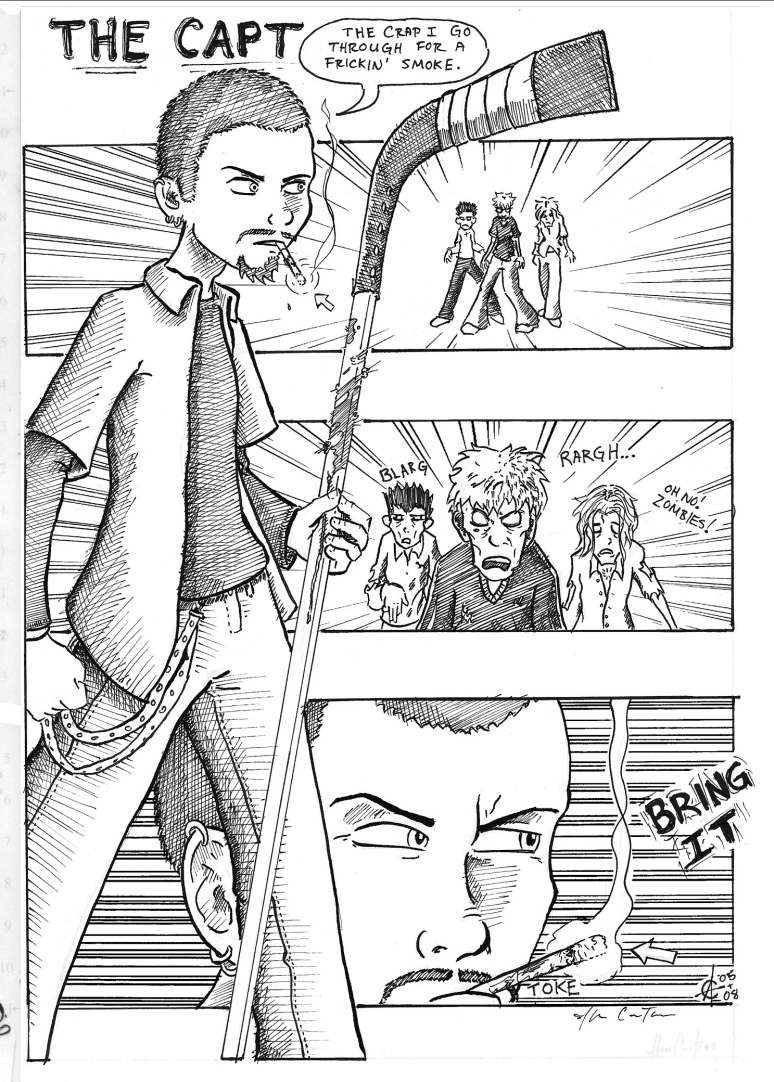 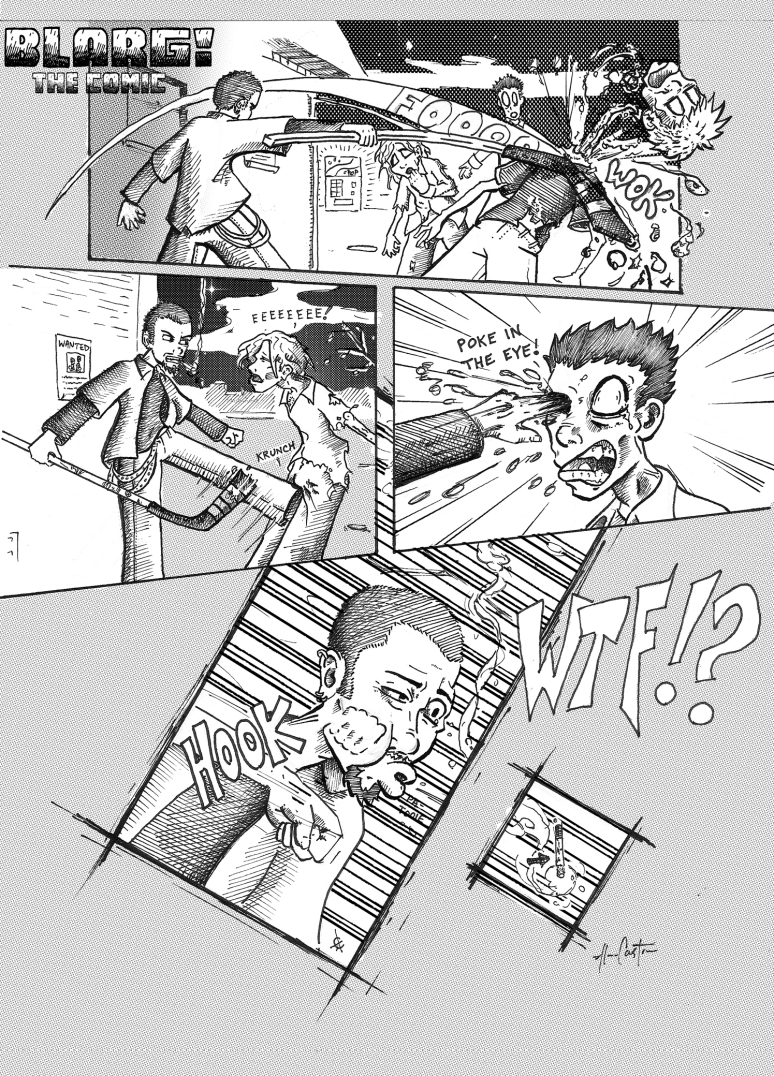 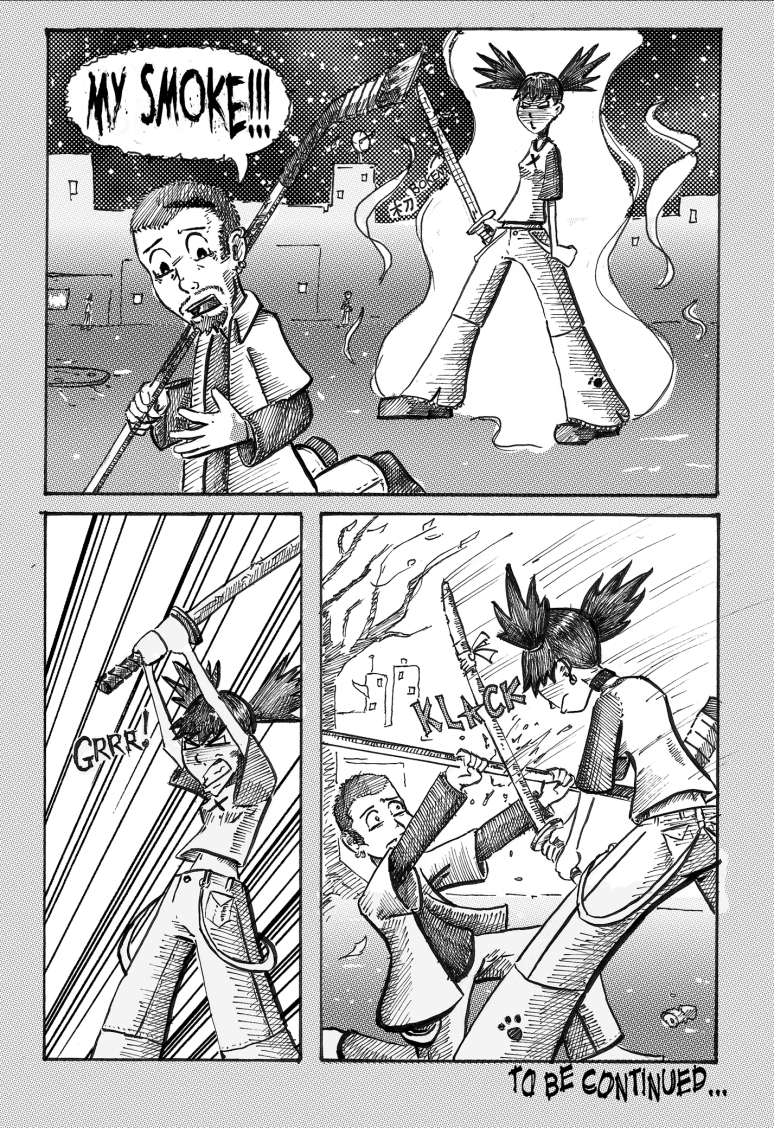 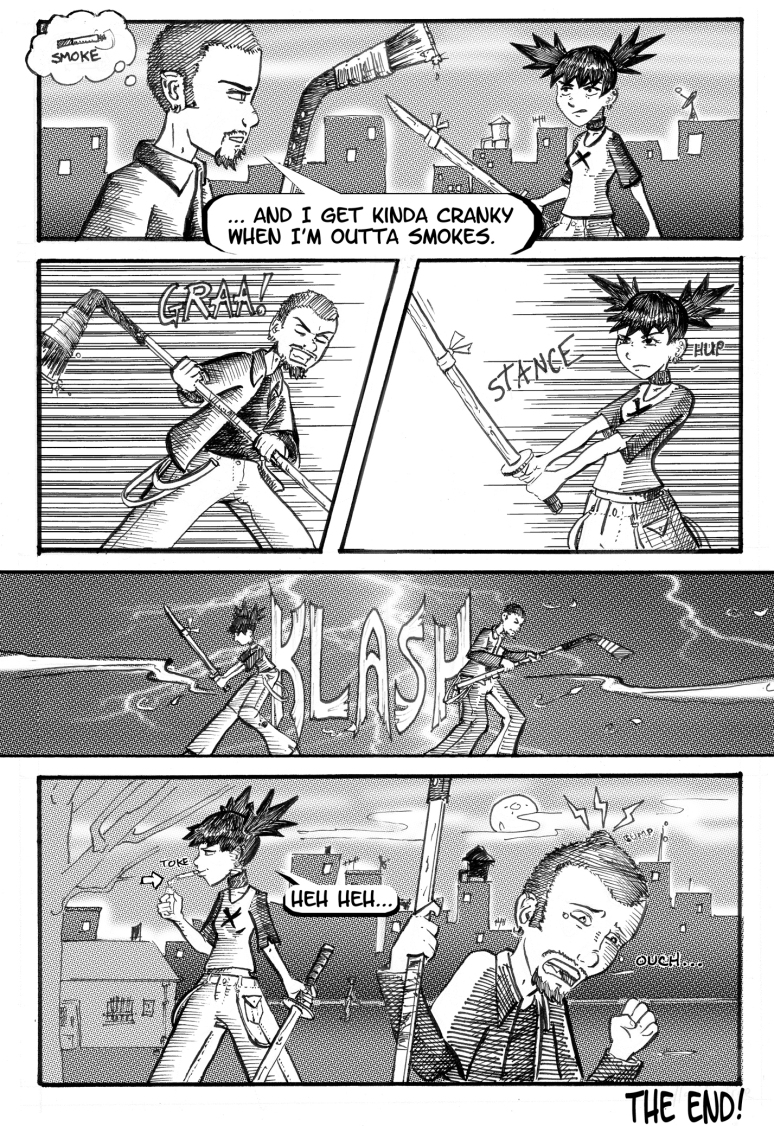 This comic was made in college as a spin-off one-shot to the movie I was making at the time. It was later published in GenkiFace Magazine issues 1-3.

Also, it’s interesting to note that this is the first appearance of Kid Zero (from WWZ fame).